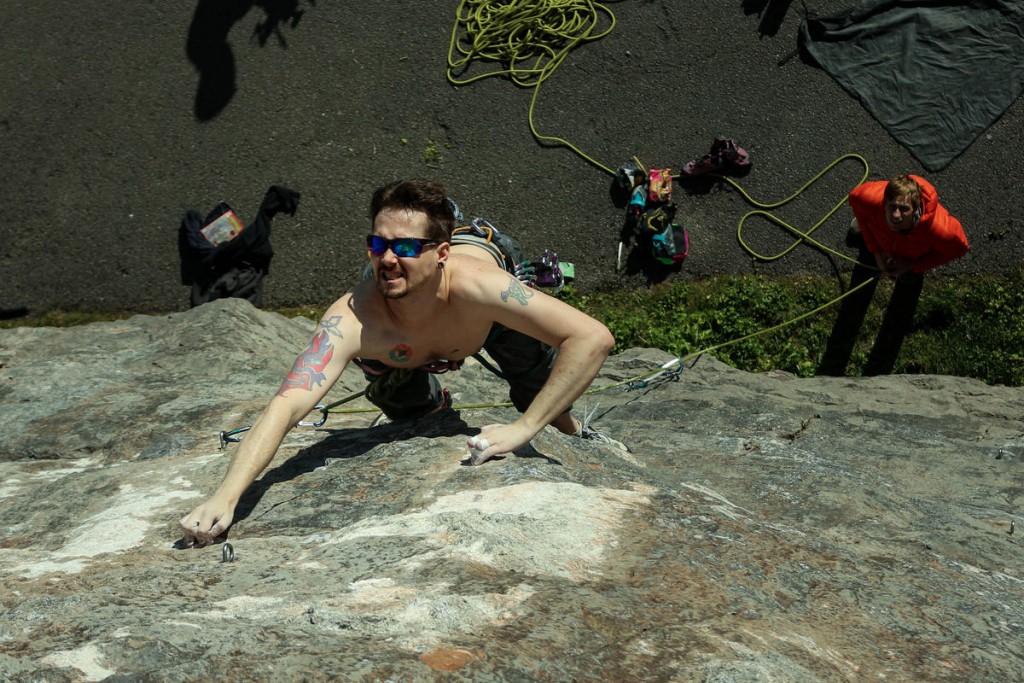 “It wasn’t until I turned 25 that I received my diagnoses of everything that’s going on. It’s been with me all my life, as far back as I can remember. It’s just the way I’m built, I have to live with it, so I try my best, in whatever way I can.”

Gerard West is an attractive young man from Liverpool in the UK, tentative but articulate, gamely trying to explain to me the complexity of his life. It’s not obvious that he is weighed down by a rucksack-full of mental health conditions – Borderline Personality Disorder and Dissociative Identity Disorder, as well as Depression, Psychosis, severe Anxiety and Tourettes Syndrome. His key tool in doing his best to live with his illness is climbing. He first tried the sport about four years ago, when he tagged along with a friends to a local indoor wall, and he was immediately enchanted.

“Concentration is a big deal for me and so is anxiety. As soon as I started climbing, all of that disappeared. Imagine continuous radio static and then for some reason it’s switched off. It just stopped. Climbing makes me think about what I’m doing, because obviously it’s dangerous if you don’t really think. At the same time it gives me a massive reward – I’ve been able to figure out a problem. Even if it takes a long time for me to overcome a hurdle, when I do it’s a big motivator.” 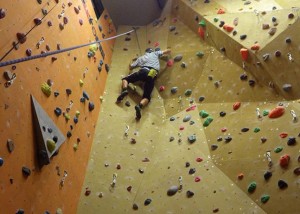 Gerard has to find the right places to go for climbing to work for him. “We went to the Great Orme in Wales and the rock is like polystyrene – big balls compressed together with rock dust, you’re crushing holds as you go. That kind of thing isn’t my cup of tea, it’s too intrusive. But then there are some places where it’s a sheer vertical face with small polished holds but I love it. There’s a crag in North Wales called Castle Inn. I’ve taken some nasty falls there but I still love going back to it. It always gives me a massive confidence boost. It gives me the ability to think, okay, I can really do this.”

It does seem paradoxical that clinging by your fingers to a steep wall with a big drop below your feet can reduce anxiety and Gerard admits that it’s complex. “When you climb you can freak out a bit. I sometimes climb with people who have the same mental health conditions as I have and when the anxiety or panic sets in it can become quite intense. Personally I don’t have a problem with that, I can bring someone down and talk them through the problem. That’s the easy bit. It’s difficult when you’re with people who don’t have the knowledge to understand what’s going on. Obviously they’re worried, but they can become overbearing and exacerbate the problems.”

“I find that most people are quite accepting but then again I don’t talk about it in great detail. Sometimes it’s a little difficult to find people to go climbing with who actually get it. It’s still treated with a lot of stigma so people don’t talk about it. They don’t want to worry that they’re going to be singled out or not trusted.” 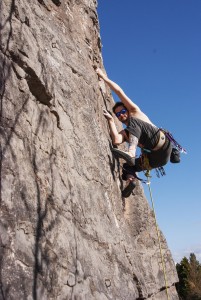 Challenging the fear is part of why climbing can be so beneficial for Gerard. “There’s a term used in therapy called graduated exposure – that’s where you would take somebody with some sort of anxiety disorder or paranoia and you would expose them to whatever they fear in bite size chunks. Climbing can be that. It’s just the chunks are a little bit bigger. Instead of: oh, I’m a bit anxious about this, I’ll see how I go, it’s: no, get on it. If you fall, if you scream, it’s fine, just go back and do it again.”

For Gerard, climbing is not just a great way to exercise and to socialise. He thinks of it as a kind of occupational therapy. “It’s something I do on a daily basis. My mum sings its praises. Before I started I wouldn’t leave the house, I wouldn’t speak to anybody, not even my family. But then I started climbing and over time my mum realised she could talk to me. We could be in the same room without having a massive fight. I was thinking a little more laterally than I normally was. I’ve always maintained it’s climbing that’s helped me, not the medications or the therapies that get thrown at me.”

Gerard currently can’t work, but he has plans for the future. “I would love to run some kind of workshop for people who have mental health issues. Somewhere for them to climb with like-minded, similarly affected people. Basically to do what I’ve been doing for myself, using it as a form of therapy, a way to open up to people, to gain confidence and set goals.  I want show that physical activity can help more than sitting around and taking tablets will. That works for some people, but for some people it doesn’t, they need another avenue.” 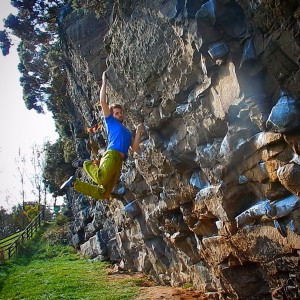 Malcolm Bass is a consultant clinical psychologist. He is also vice-president of the Alpine Club and an accomplished alpine climber who has climbed a number of hard new routes in the Himalaya www.montane.co.uk. While there is solid research showing that physical exertion helps with managing mental illness www.rcpsych.ac.uk, evidence on the particular advantages of climbing is harder to come by. I asked Malcolm how he thinks climbing can help people and he highlighted two areas. “There is some evidence that  you get an experience of emotional control from climbing – most often of dealing with fear. Many people find that the experience of living through those difficult emotions, brings a real sense of fulfilment and increased mastery over other areas of their lives.”

Backed up by less imperical evidence but plenty of anecdotal experience is the idea that climbing appeals to people who feel they don’t fit into the value system of the society around them. “Climbing and a lot of the outdoor sports that grew from slightly counter-cultural roots, have a got very strong communities with different sets of values. That can be very helfpul for people who have found themselves at odds with the world. That’s been true for me,” says Malcolm. “I orginally got into outdoor pursuits through caving. When I found a group of people who thought it was more important to find out what lay at the end of the obscure side passage in that cave, rather than to have developed a great career by the time you were 21, it felt like I had come home, really.  When people join climbing, they often talk about having found a very welcoming community. You’re valued as long as you like climbing.”

Everyone I have spoken to agrees that climbing helps with confidence and concentration, providing both challenge and reward. However, Steve Usher-Wilson of Oxford Homeless Pathways www.oxhop.org.uk highlighted another way in which the sport helps people with trauma and mental health issues. Steve is Operations Service Lead at O’Hanlon House, which helps to rehouse the homeless. When he was a Step Up Co-ordinator, in charge of training, education and activities, he started taking their clients to an indoor climbing wall.

“For many of our clients learning to trust other people is something that has become very difficult.”  The first thing Steve will do with anyone new to climbing is get them to fall off, so Steve can catch them with the safety rope that he controls. “We had a client, John*, who had developed serious trust issues with pretty much anyone in authority, and most people, through his life history. Learning to trust someone, to let go, that was big for him.” John came to every climbing session and Steve then taught John to belay (control the safety rope) while Steve climbed. “That was quite something for him. He said to me later – having you trust me to do this, that was something that gave me the trust in you and in other people.”

Like Gerard, Steve has found that the sport can help with anxiety. “People have a lot of anxiety and depression when they come through homelessness, and oddly climbing can help. Everyone has a fear of heights, if they don’t I always say that they’re lying. It’s not natural to be very high up and be accepting of it. But to slowly work their way to being comfortable on the climbs really does seem to work for some people when it comes to helping their anxiety. Climbing is one of those activities that people want to try because it sounds exciting, but then they get things from it that they didn’t necessarily expect.”

Steve continues to climb himself, it’s his main form of exercise, along with cycling. “It’s an environment that is very enjoyable but at the same time constantly challenging. It just makes you feel better about yourself sometimes, it’s a very supportive sport.”

*John’s name has been changed to protect his privacy.