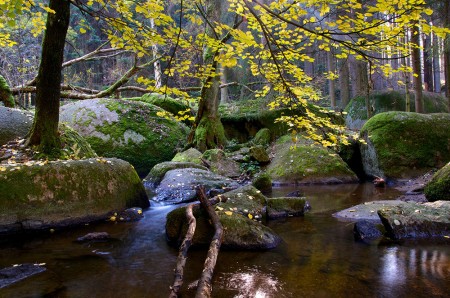 how to achieve unthinkable goals with the power of motivation

Everybody has goals… And to reach a goal, one has to make efforts. People who reach their goals without making efforts are just lucky 🙂 When it comes to making efforts, you need some motivation and it’s not always easy to find this motivation or to keep it on a long term. In the past years, I set myself some goals and today I’m happy to realize that I could reach them and that I could stay motivated and didn’t give up on them.

My first experience was about losing weight. I know that a lot of people’s (mostly women ;-)) want to lose weight, often at the beginning of every year… but most of the time, they don’t succeed for different reasons: they aren’t so unhappy with their body in the end and don’t really need to lose weight, they manage to lose weight by going on some strict diets but regain the weight they lost or even more and most of the time, they just don’t succeed because they lose motivation… Losing weight for good isn’t something that happens in a few days, it’s a long term matter so it’s important to stay motivated.

As I decided to lose weight, I was very motivated because I felt very bad in my body at that time. Nevertheless, I was not successful in the beginning and this was very frustrating but instead of letting my frustration out with some chocolate bars, I rather went for a run. It’s a decision you make in a few seconds and that really makes the difference. Chocolate bar = +300 kcal vs. 5km-run = -300kcal. Becoming aware of that was my reward. If I would have chosen the bar instead of the run, I would only have had bad conscience and this would have increased my frustration level. So in the end it’s just a question of making the right decision a few times to get into the virtuous circle and after a few months I really noticed the difference on the scales. After having losing about 15kg by adapting my nutrition habits and doing more sports, I felt much better in my body, I felt like I had achieved a big goal.

I could keep my weight stable during about 2 years but I wanted to lose a few more kg. So I began doing sports almost every day and could lose further 8kg. At that point, I felt very fit and decided to train for a half-marathon. This was a new goal that took me a few years to reach as I had to cancel 3 times in a raw because of injuries. But I stayed motivated and never gave up, even if my doctor told me I’d better ride a bike than run. I was too stubborn to give up this goal and I was finally able to run my first half-marathon end of 2015. This time, I was in the running-virtual-circle and I took the opportunity to start training for a marathon. It was something I would have never thought about a few years ago but I told to myself: « you’re fit right now, finishing a marathon must be such a great experience, do it! ». So I started to train hard and ran my first marathon 6 months after my first half-marathon. I must say that I underestimated the challenge. Running this distance is really a shock for the body but I had a strong mindset that led me to the finish line.

The first 30km of the race were not so hard and it was a distance I already had run during my training but the last 12 km were like a nightmare: I had blisters and cramps, it was cold, windy and hailing. I don’t really know how I could go on running but I knew that if I had stopped, I wouldn’t have been able to start running again. So I kept running somehow but during the last hour, I wasn’t even able to grab my bottle of water, I was like in a tunnel… In those moments, a lot of thoughts are going trough your head and it’s important to think about positive things, to think about the distance already accomplished instead of the distance left to run, about the great feeling you will have after crossing the finish line. I also thought about those runners like me who lost their legs in Boston and who would probably have given everything to be at my place. So I told to myself that I just didn’t have the right to give up. On that day, my high motivation enabled me to finish my first marathon in 3:57, which was a big accomplishment for me, that I never had expected.

Motivation is the key to success in many fields and anyone is able to find the ways to stay motivated if the goal is really important. Always keep in mind the reward you’ll get by reaching your goals and just don’t give up!