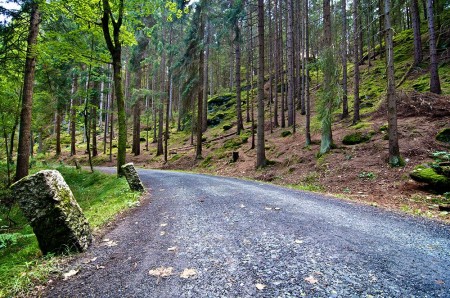 From Overweight to Marathon

I’ve always been doing sports since I was a kid. I started with handball and then tennis. But then, after starting studying, I had less time for my hobbies. I only kept playing tennis once or twice a week. Somehow I could keep my weight stable, maybe thanks to the Saturday nights spent dancing in the clubs.

I was 26 as I got my first job. After a few months, it became quite stressful and I had a very unhealthy life: working late, eating burgers after work, partying with a few drinks… And only a badminton session once a week for fitness. I didn’t even noticed I was gaining weight, I didn’t even have bathroom scales as weight had never been an issue for me in the past.

As I wanted to start playing football in the company’s team, I noticed I wasn’t even able to sprint 30 meters without suffocating… Then I got on the scales and I saw this number I will never forget: 77,8 kg (for 160cm). It really frightened me. The last weight I could remember was 58kg. So I decided that I would never see the number 80 and started thinking about the things I could change to lose weight and get fit again. First of all, I stopped eating high carbs like bread and pasta in the evening. I loved my pasta plate with speck, cream and cheese but I had to be strong and resist. I also decided to start running, not so much for losing weight but even more for getting some condition back.

Starting running was quite a shock for my body I think as I had to puke after the first sessions… But I didn’t give up and in summer 2009, I was able to take part to a 5km-run. Regarding weight loss, this hasn’t been very successful at the beginning, despite my efforts. It was quite frustrating but I continued with my nutritional measures (I’ve never been on a diet, these habits’ changes were aimed to last my whole life) and sport program. Doing some more sport sessions every week finally started to pay. I could lose 15 kg in about 1 year (I didn’t count time). My weight has stayed stable during maybe 2 years, then I started with kickboxing, which I think enabled me losing other 8kg. I also went running more often, so that I was doing sport every day of the week.

Running 10km wasn’t a challenge for me anymore and I told myself “why not trying to run a half marathon?” I trained hard for that but was unlucky 3 years in a row, unable to take part to the race because of injuries… Eventually, it worked last year and I could run my first half marathon in Munich. It was such a great feeling that I started thinking about running a full marathon… I didn’t wait long and signed in for my first marathon 1 month after the half-marathon. This was quite crazy but somehow I new it was the right time for that challenge. I had never been in better shape in my whole life and who knows what can happen in life, I didn’t want to risk having regrets. So I trained even harder, running between 40 and 50 km per week. It was tough but I wanted to feel ready on the D day.

The race was on April 24th 2016, it was cold and windy and I was terrified. The maximum distance I had run were 30km so I had no idea how my body and mind could behave after, I didn’t want to hit the wall… But I was there and I had no choice. So I ran, 42,195 km… I arrived after 3’57”, with cramps and blisters, frozen by the cold wind, but I arrived and I’m very proud of it. I often remember my first jogging sessions and realize what I accomplished in the last years. If I hadn’t make the right choices, I know I could have turned obese and alcoholic but I’m a healthy marathoner now. If someone would have told me that a few years ago, I would have laughed saying “never ever” but nothing’s impossible 🙂