Languages
Home » Workout » O – make it your own yoga
Go Back 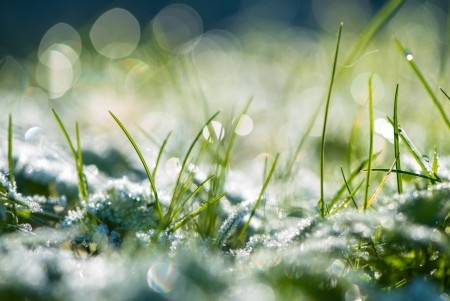 O – make it your own yoga

O is the zero, the blank, the multivalent yet undetermined.

O is your personal slogan, make it your own yoga

It is with an O, minimal, complete, round, undetermined, void, that I better describe my own yoga practice, the one that I know about and share with my students. I believe yoga is much more than the tribal mass phenomenon that has been largely depicted by its millionaire industry. Yoga is not about eating your veggies or being that “good, balanced person”, whatever that means. It is a personal matter, a belief in one’s own practice, a lifestyle and an attitude towards everything you do, even in the most banal situations. A yogi is not the one that does the perfect asana, but the one that is authentic, committed and perseverant in everything she or he engages. Action to the fullest.

On the process of articulating of my own approach to yoga I was hungry. I still am. Hungry to explore every single view of the practice I could have access to. My first yogi steps took place in Asia. I was lucky enough to be living in Singapore by then, a city where (unlike its political environment) the yoga universe is vibrant, intense and diverse. At first, my assumptions about yoga kept me away: too mystic, too closed, too dogmatic, I thought. However, one day I walked into a class that instantly resonated with myself. That first contact with yoga was through Hatha (thanks Rashita!). The slow paced rhythm brought a fundamental experience and understanding I never had before with any other kind of (physical) practice. For the first time, I understood how breathing, was absolutely everything, mentally, physically, energetically, the ultimate connection between mind and body. I was blown away by the idea that something as “primitive” and basic such as breathing could empower me as to surpass supposedly physical and mental limitations. Hatha gave me the foundations, the greatest secret of yoga was literary “in the air”, pure focus, pure oxygen, pure prana.

I started combining classes at a studio with a regular home practice. Yes, you need some degree of stubbornness to push yourself into such an endeavour. But the more I did it, the more it made sense to me. I discovered Vinyasa and enjoyed the graceful transitions, the challenge, the rhythm. And more than sheer aesthetic pleasure, Vinyasa taught me about elegance and strategy, how to project breathe and focus, multiply their power over the vigorous transitions. But don’t get me wrong, Hatha is in no way easier, its challenges are just different. While Vinyasa focuses on flow and transition, Hatha highlights the stop points on that thread and unwraps one’s ability to “stay” and “do the work”. Straightforward and simple.

Along the way I also stumbled upon Ashtanga, perhaps the more genuine and less hyped origin of the famous Vinyasa. Not very thrilling for me at the beginning because of its strict sequencing, its power unfolded to me later on like a strong flavour that takes time to be appreciated. How was I to find creativity within such a restricted frame, I thought? I tried once again, and again, then repetition transformed into focus, like a mighty mantra in motion, virtuously minimal. From Ashtanga I took the vigour, the will, the strength and the fire.

But next to the fire, was also the cooler and darker side of yoga, Yin. For some time I alternated a really strong practice with regular sessions of passive and static yoga. Yin became a new challenge, in its own terms. It not only offered me the space for a meditative physical and mental practice but also an understanding of the importance of simply “not doing”.  Once into the posture, I would allow it to settle in, as an active form of consciously ceasing to place any effort. The longer I would stay, the more I could actually see: my physical body connected to the Earth, the impermanence of my thoughts, the impermanence of my emotions, the impermanence of sights and sounds, all those things that decay. For me, the stubborn yogini, Yin was all about learning how to look and then let go off. And slowly, Yin brought in actual and virtual flexibility to balance out the burning fire.

My teacher training gave me an insight of a different nature, introducing intelligence, abstraction and strategy: the idea of embracing non-duality, accepting chaos, becoming comfortable with the uncomfortable, familiar with the unfamiliar, and extraordinarily while accommodating all these things, going through them. This was a major metaphor for life, the real intention and interest of being a yogini on and off the mat. Through Anusara and Tantric philosophy, I was exposed to new ideas I felt identified with. The principles of alignment and the new degree of precision introduced by Anusara fascinated my analytical mind. I was hooked! Practicing with alignment means awareness, attention brought to every pore, every hair, even the smallest cell of the body even in the simplest asana. Yet its beauty relies in the fact that this perfect alignment is not dictated, it is latent and fluctuating, unique and individual for each of us. In this way, everyday we discover our new body, coming to the mat with a beginners mind and practicing with a lightness of being yet with persistence and full awareness. What works one day might not work the next, and it is with this fine flickering line we need to work with each day.

This story is non exhaustive and it will never be. There are so many interesting ideas and people that have influenced my practice and teaching along the way. I believe the real challenge is not only about discovering your own hidden potential but also your personal approach to yoga, for yoga is an attitude, a lifestyle, a state of mind. Make it yours. This is what yoga is all about. O.