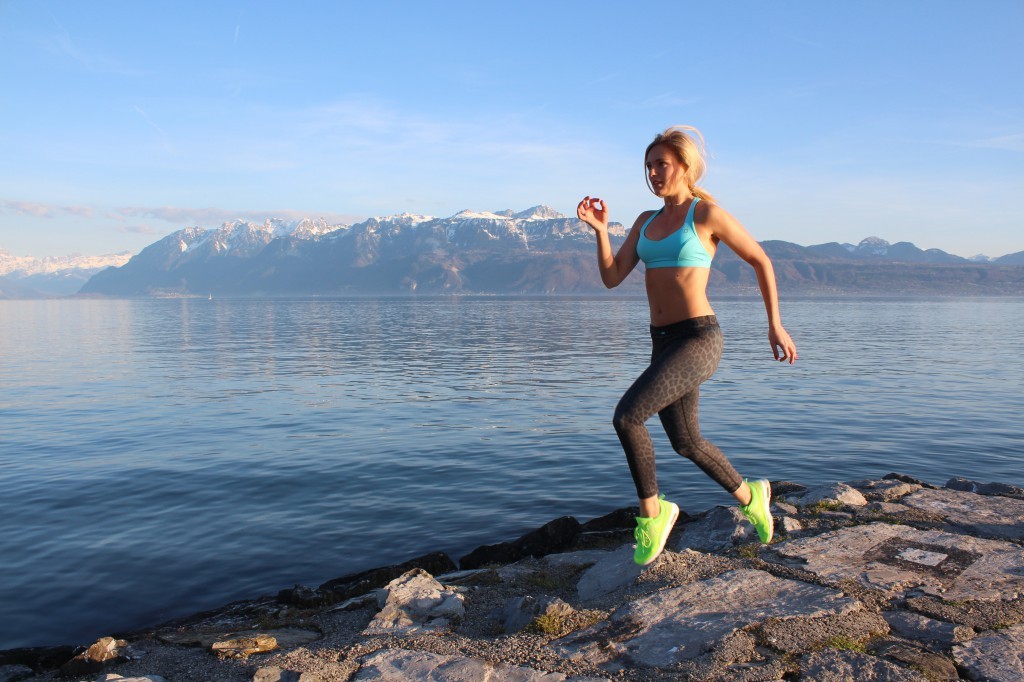 Not so long ago, the word self love was inexistent in my vocabulary.  Instead, self loathing, destructive behavior and self sabotage ruled my day. I hated what I saw in the mirror and made sure to remind myself about it every single day.

But let me explain how I got there… I was always naturally skinny and I come from a family that is very active and health – conscious, so exercising and eating healthy was a normal part of my life. I didn’t waste a second thinking about my weight or counting calories and it never even crossed my mind to go on a diet. Until it all spiraled out of control one day.

I was around 17 and was just finishing high school in Dubai. I had quite bad skin problems and decided to take Roacutane, a prescription medication against acne that can have severe side effects. Unfortunately, I had pretty much every single side effect possible. I was always tired and would sleep hours on end, my whole body was hurting, I was loosing my hair and had nose bleeds every day. And I gained over 8kg in 7 months. It might not seem like a lot, but for a small frame like mine it was a seemingly drastic change.

Within months on the meds, I was a changed person. Suddenly I looked in the mirror and no longer recognized the person in the reflection. When you’re a 17 year old girl living in a ‘superficial’ place like Dubai, you’re already having a tough time finding yourself and figuring out your place in life as it is.  I always considered myself a confident person, but the weight gain really got to me.

The medication was the only reason for me to develop my eating disorder, but it was certainly one of the triggers. Being a type A personality and a typical third culture kid with constant moving also played a role in it all and only fueled the fire more.

What started as a harmful diet soon turned into an extremely restrictive diet, if you can’t even call it a diet. I would wake up and go to school without eating breakfast and not eat until lunchtime. There I would have a tiny salad, a soup or just some fruits and call it a day. I never felt good enough or thin enough and my inner mean girl was constantly telling me I wasn’t worthy.

I thought I was getting really good at the whole restricting thing. But over time I just couldn’t take it anymore. I can’t really remember why I overate for the first time, but what I do remember is that I felt like I was on the verge of popping. I couldn’t eat another thing…And then I was hit with a sudden panic and an urge to empty myself.

Fast forward; I was now bulimic, a compulsive eater. I ate to feel better. I ate to numb my mind. I ate just so that I was doing something. Bingeing and purging became habitual, automatic, self-perpetuating. I was a determined student by day, bulimic, well, the rest of the time. And no one knew about it. I was basically living a double life. By now my eating disorder had full control over me: I was throwing up twice a day, the scale was my best friend and the mirror my worst nightmare. I knew that food and negative body image were controlling every aspect of my life, but I felt too powerless to fight it.

After 2 ½ years of struggling and hitting what felt like rock bottom week after week after another broken promise to myself that tomorrow would be better, I decided that things needed to change. Fortunately I eventually managed to sum up the courage to tell my family and boyfriend about my battles. That was the starting point of my recovery and when my self – healing truly started.

I was never officially diagnosed with an eating disorder because I never sought professional help. In the beginning I didn’t believe that I was “sick enough” to justify asking for support. I also felt like I should be grateful for what I had been given in life; after all I had an amazing childhood, got to travel the world, was financially stable and had a loving and caring family, friends and boyfriend.

So I signed up for an online workshop that is specifically designed for women struggling with an ED. It was created by another fellow “ED soldier” and it was her support that kick started my recovery. We had weekly talks on the phone and her mentoring made me see my disorder as just that, a disorder. She made me realize that I didn’t need an ED label to have a destructive and unhealthy relationship with food and that I deserved just as much help as anyone else. Through her I learned to look inside and identify the true causes of my ED and to explore the emotions I had suppressed for so long.

It’s been a long process and I wouldn’t possibly have enough space to share the entire story in one post, but I’ll delve deeper into some of the topics in upcoming posts. Let’s just say: Today I don’t count calories, I don’t weigh myself anymore and I don’t restrict my food intake. I listen to my body and nurture it with whatever it asks for; that may be an organic and vegan salad with spinach and sweet potato or that may be a bar of chocolate. I’m fine with either. I see my eating disorder as a blessing in disguise because it has taught me invaluable life lessons that have shaped me into the person that I am today. And that is a person that is deeply passionate about supporting others who struggle with eating disorders/emotional eating and wants to share her story in the hopes of helping others see the light at the end of the tunnel.